You are here: Home / Archives for Travel

Get your Mountain Gear On. It’s that time of year again and for those readers in the UK who – much like me – prefer to be out rather than in…

As always here are the deals. 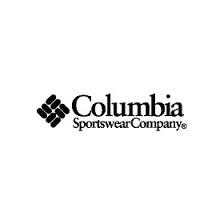 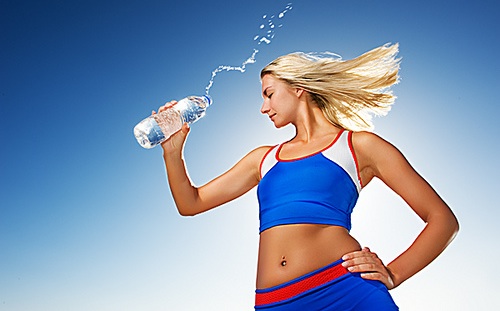 We know the guidelines of hydration. Drink until your pee is clear, drink before you get thirsty. What if those rules aren’t right? A new statement released suggests that some of these rules may put you at risk of overhydration.

Hyponatremia is what happens when the blood becomes very diluted,” says Dr. James Winger, a sports medicine doctor in Chicago. “In the setting of athletics, people take in more fluid than the body can get rid of, usually in the name of preserving hydration.

By drinking excessive water, the salt in the body becomes diluted, leading to swelling in the bodies cells.
Even though it can happen to any one, hyponatremia is more common with endurance athletes. According to Dr Winger, a study of ultra-marathoners revealed that half of the finishers displayed signs of hyponatremia. Plus – another study of Boston Marathon participants revealed that 13 percent had the condition by the time they finished.
Hyponatremia can be difficult to diagnose.

Symptoms can be very vague and not unlike symptoms one might experience after running a race or performing any athletic event [including] fatigue, even confusion or exhaustion,

Winger says. But he indicates that it’s completely preventable, as long as you don’t follow some common myths regarding hydration.

Some Old School Myths About Hydration

Myth #1: If you feel thirsty then you’re already dehydrated.
Thirst is a good thing. In fact, the panel’s report, published in the Clinical Journal of Sport Medicine, suggests that athletes only drink when thirsty to stop overhydration.
If you feel thirsty, your body has already begun to start its own water saving measures. “People think it’s too late; you’re already dehydrated” Winger says, noting that running into serious dehydration problems is tougher than people believe. Drinking only when you feel you need to, instead of making yourself drink at every water station on the course , will keep you hydrated.

Myth #2: Athletic performance will suffer if you’re not totally hydrated.
It’s natural to get a little dehydrated during athletic events.

There’s mounting evidence that mild to moderate dehydration has no effect on performance in many sporting endeavors,” Winger notes. “We need to look at dehydration as a natural part of exercise, not necessarily something to prevent.

Most athletes can safely lose up to three percent of their bodyweight via dehydration before it negatively impacts on performance, Winger says. Drinking when you’re thirsty will stop you from entering danger.

Myth #3: You should drink until your urine is clear.

In general, urine color is a pretty poor marker of specific or exact urine concentration,” Winger says. “If you’re trying to dilute your urine, you’re probably putting yourself into an overhydrated state.

Myth #4: Muscle cramps are a sign of dehydration.
If you cramp up you may think to drink to ease the pain. But recent research indicates that muscle cramps don’t have much to do with hydration, or lack of it.

What’s been demonstrated is that it has a lot more to do with the fatigued state of the muscle, and muscles that are more fatigued are more likely to cramp,” Winger says. “Fatigued states do occur when you’re dehydrated as well, so there’s a definite overlap that leads down this path. Our advice has been to drink when you’re thirsty — that can be a plan, and it’s the easiest plan there could be,” he says. “When you’re done feeling thirsty, stop drinking. It sounds silly, but that’s the simplicity of it and the beauty behind it. We don’t need any sorts of numbers and measurements and weights to tell us how to stay healthy during exercise.

So awesome…that trip to Cancun – or Thailand – or during spring break you SCORED big-time and you are the man.

You think that you were the only hookup she had? Doubt it. And now you have this weird:

…that just won’t go away. Firstly – IDIOT. It may be manly to hookup James Bond style as often as you can – but there is no excuse for getting STD exposure in this casual way. You screw around and you get eventually get burned.

This arose recently with a ‘colleague’ of mine. He used this company to do the testing as it’s totally online and you don’t need to go to some embarrassing clinic and wait in line with all the other suckers.

You can also save $10 off you order – which is not much but what the hell. You can use the $10 to go towards buying some chick a drink when you are NOT contagious and ready to party again.